A while back there was a photo challenge on the Daily Post called three, which I misinterpreted to mean a photo about something with three in it.  Instead, their focus was to tell a story in three photos.  Ever since then, I’ve been meaning to tell a story in a series of photos.

Yesterday while walking on the beach, I noticed a group of sandpipers on the shore.  I love these birds with their long thin beaks and gangly teenager legs.  Most of the time I see them in twos or threes, but seldom in a large group.  I walked toward them with my phone, wanting to edge closer to them to capture a photo.  As I walked toward them, they walked away.  If I curved around the other side, they moved together at another angle.  I felt like I was herding these birds as they countered each of my moves with one of their own.

And then, all at once, they lifted off, wings in unison and landed in the surf a short distance away. 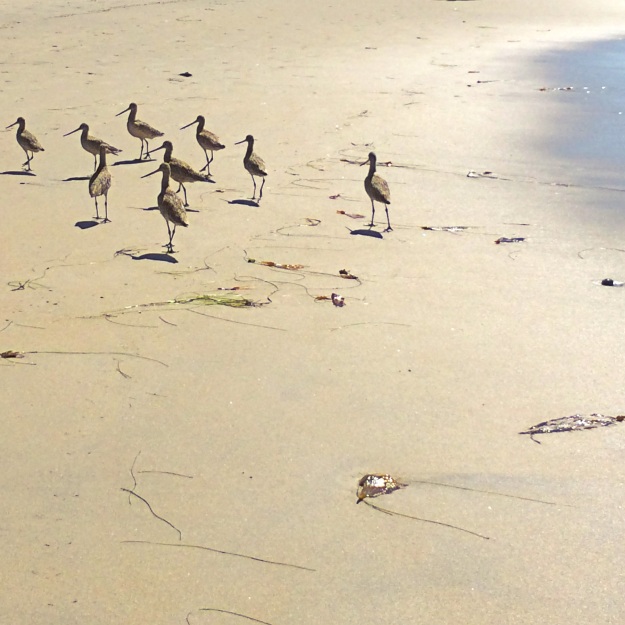 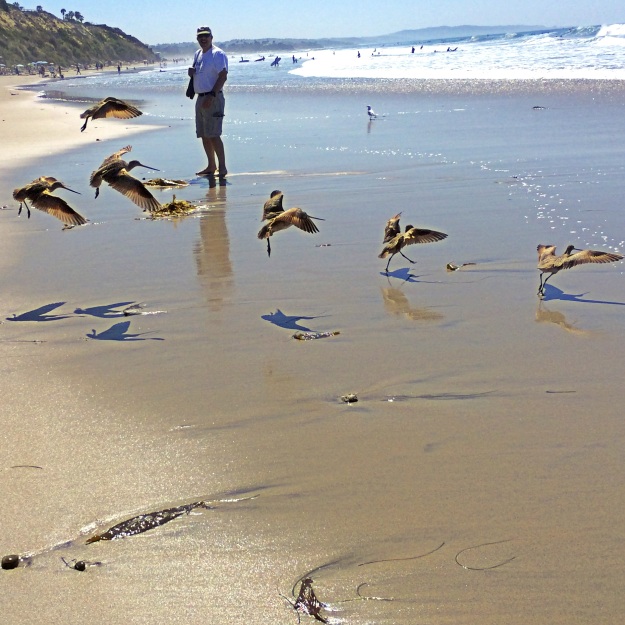 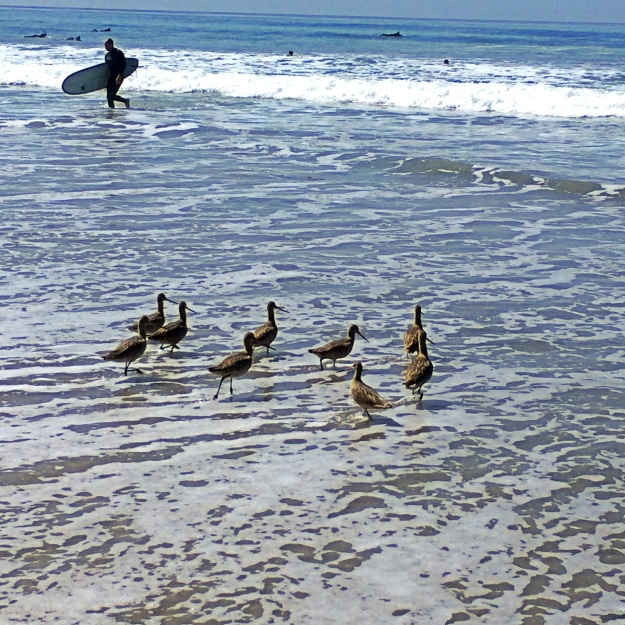 And instead of a story told by these photos, a poem emerged. I’m not so sure it’s right yet.  I want to capture the elegance and the musicality of these birds on the beach.  I’d love your feedback.  What works for you?  Where do you wish for something more, or something else?

They move to the rhythms of the waves

to music felt rather than heard.

in search of tasty tidbits.

I move in close

until the choreography takes them to the sky

alone with my lens.

3 thoughts on “Dancing with Sandpipers”