I learned about memes a few years ago…and kind of take them for granted now as commonplace, especially in places like Facebook and other social media platforms.  And I never use them…or at least I don’t think I do!

But this week, the “make” for CLMOOC is a meme.  In fact, the same person that I learned about memes from is part of the team that is inviting memes this week.  So I started out the week actively resisting participating in meme-making…why would I want to take someone else’s image, put some words on it and publish it as commentary on teaching or summer or some aspect of popular culture?

It was Anna who drew me back in with her post today: 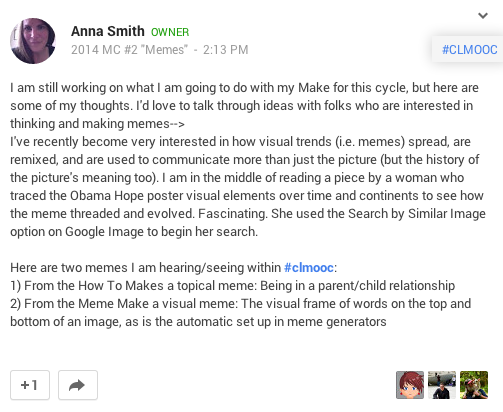 A comment on that thread from Scott sent me off to the PBS Idea Channel, adding to my understanding of memes.

And questions from both Terry and Scott, “What about photography?”  “Images without text?” got me thinking and wondering…  I headed over to Peter and Kim’s invitation and then clicked on James Gleick’s article, What Defines a Meme? and came across this passage in the text:

Images. In Isaac Newton’s lifetime, no more than a few thousand people had any idea what he looked like, even though he was one of England’s most famous men. Yet now millions of people have quite a clear idea—based on replicas of copies of rather poorly painted portraits. Even more pervasive and indelible are the smile of Mona Lisa, The Scream of Edvard Munch and the silhouettes of various fictional extraterrestrials. These are memes, living a life of their own, independent of any physical reality. “This may not be what George Washington looked like then,” a tour guide was overheard saying of the Gilbert Stuart portrait at the Metropolitan Museum of Art, “but this is what he looks like now.” Exactly.

And I admit, I haven’t yet read the entire article…because this got me thinking about a photo I took not too long ago at my nephew’s wedding.  I included the photo in a post back then…and will include it again here.  Is this a version of a meme?  Does it require text?  Does it only resonate with a certain audience of art lovers? 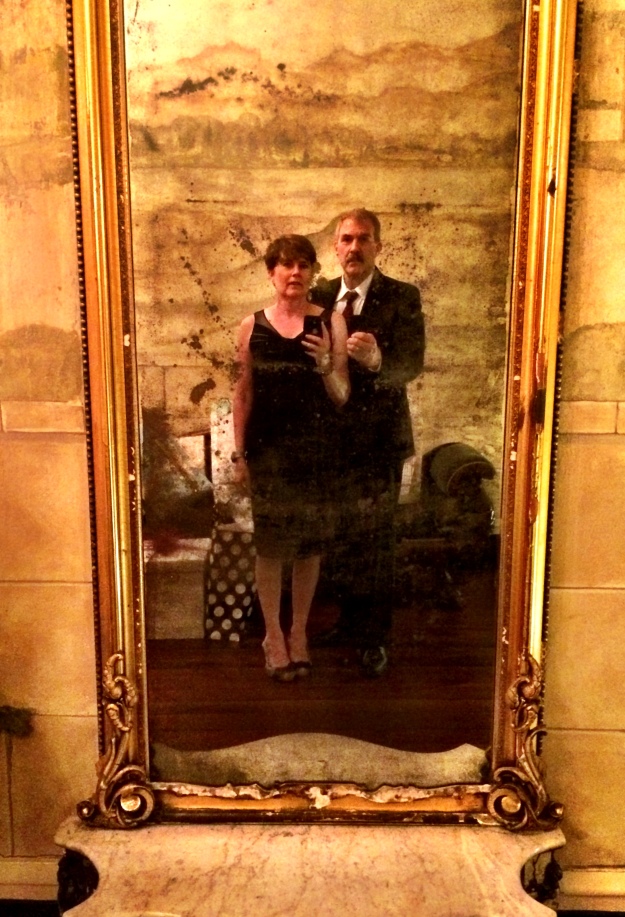 What do you think?  What caption might you include?

4 thoughts on “To Meme or Not to Meme”